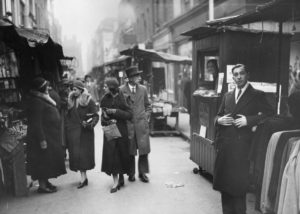 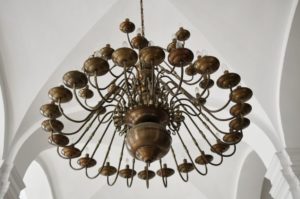 Whenever you see an antique shop in person or an online, you are bound to find antique brass ceiling lights. These are usually the items

Where can you get the best custom antiques in London? Berwick street market, of course. Berwick street is a small but most festive market atmosphere in the Soho district. The street was built in the late 17th century with the market being establish in 1892, making Berwick street one of the longest running markets in London.

This market is in the heart of the Soho district selling fresh vegetables and fruit, fish, clothing, flowers, households and anything in general that you would find at a market. As of today, the market can be seen being open from 8 in the morning up in to 6 afternoon.

Berwick street market is also surrounded by various shops, mainly notable for their food. You can also expect to find delis, pubs, record shops, cafes, hairdressers and more. Although the market is not as large as it was 20 years ago, it’s alive and kicking still this day.

You will find just about everything you will need and more from this market. Hungry? There are a number takeaways, fresh foods and cafes to keep you filled. Looking for new music? Berwick street is known for it’s extensive selection of music shops and stands.. Pop, rock, soul, dance and everything in between.

If you were born before 2000, you have of heard of the English rock band Oasis. The Rock, Brit-pop band consisted of brother Liam and Noel Gallagher, Paul Arthurs, Paul McGuigan, Tony McCarroll and several others. With one of their hit albums “(What’s the story) Morning Glory”, they used photographs of Berwick street market as their choice of album cover.

The cover features two men walking past each other, a graphic designer Brian Cannon and a London DJ Sean Rowley. The reason Berwick street market was chosen for their cover because of it’s popular record shops, a wise choice if you ask us.

Ether if you are a fan or not, this would go on to be a big piece of London’s musical history.

The street was built at the end of the 1600 hundred, at the time the Palace of Whitehall was destroyed by a fire and the Piracy Act of 1698 was passed. Rumor has it that the name of the street came from an illegitimate son of James II and Arabella Churchill. The son named James FitzJames, the first Duke of Berwick in 1670.

In 1778, this is the oldest record of the market existing. Later on in 1892, is when the Berwick street was properly recognized as a market. A few decades later, this market was booming with plentiful selection of goods and endless stalls for custom. From the 20s to early 90s were hailed as peak times in the market’s existence.

During the 90s, Berwick street market was once recognized as the “Golden Mile” of vinyl. With the large amount of record shops into one place, it held the reputation of being London’s #1 spot for record dealing. The 90s were about raves, records fresh beats so its no wonder that this street was once thriving and dominating the UK record market.

As time progressed, these colourful shops were in a bit of a pinch having to defend against, piracy, digital downloads and growing recession of that time. Gentrification would unfortunately be the cause of the market place to loosing all of these fine shops.

This would lead to one of the most popular shops to close for it’s time, Vinyl Junkies. Nearing two decades of business, the shop would go on to file for administration resulting in closure. Shop owner John-Paul Cuesta Vayon goes on to say “Maintaining a business here has become impossible”. Like John-Paul, many have become frustrated with the increase of rental throughout the region.

Over the years Berwick street market has been through a lot of changes with the growing times. As it may not be as big as it was back in the day, you will still find something worth while if you make your way to this district’s market.

There are still a number of food joints to choose from, places for entertainment, fresh produce, clothing and more. In the heart of London’s Soho, the history of Berwick street market will always be remembered.

Whenever you see an antique shop in person or an online, you are bound to find antique brass ceiling lights. These are

We are a family owned and run business in Soho London. We specialize in repairing, renovating, buying, selling and trading antique lighting.